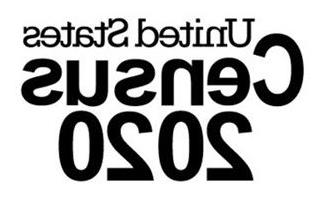 What does the U.S. Census do?

The 2020 Census will be here before we know it. Its results will impact our community in a variety of ways.

The census is conducted every ten years. The census is used to get a broader sense of the population in general. This information then is used to calculate the number of seats that each state will have in the U.S. House of Representatives. So, you can see why it’s essential.

The partnership strives to raise awareness about the 2020 Census and the impacts it has on the county and the state. Boone County Counts is a group effort with the City of Columbia, Boone County, and community partners working together to educate the community and ultimately decrease undercounts, reduce real and perceived barriers and increase awareness of the negative consequences of an undercount.

“There is a lot at stake when our population is only counted every ten years, and it’s imperative that our count is as complete and accurate as possible,” Treece said. “Not only is responding to the census our civic duty, but the financial health of our schools, hospitals, roads, bridges and so much more also depend on making sure everyone is counted accurately.”

Our census results determine our distribution of federal funds. In the fiscal year 2016, Missouri received more than $16 billion through federal spending programs guided by data derived from the 2010 Census. Low participation in the 2020 Census could have substantial negative consequences for the state and county. For every adult and child that is not counted, Missouri loses an estimated $1,300 in federal funding per person, per year.

“A complete and accurate census count can help our county’s ability to grow and thrive,” Atwill said. “When we all respond, we create future opportunities for ourselves, our neighbors and our local businesses. Some communities across the country are even using this as an opportunity to attract businesses that use population as a measure to decide where they will build new stores and restaurants.”

The U.S. Census Bureau has made it easier by allowing an online option, in addition to the possibilities of meeting by phone or returning a paper questionnaire in the mail. The census will be available in 13 languages and everyone living in the United States is encouraged to participate.

“Completing the 2020 Census will only take a few minutes, will help the community in which you live and will be a safe process,” U.S. Census Bureau Partnership Coordinator Emmett Morris said. “By law, your census responses cannot be used against you by any government agency or court in any way. The law requires the Census Bureau to keep your information confidential and use your responses only to produce statistics.”

This data not only makes for good government, but it’s vital for business investments and operational decisions. These demographics and economic data will influence the relocation or openings of retail stores and facilities, marketing campaigns, delineate markets, and other uses.

Check out a breakdown below from the U.S. Census Bureau: